AFP posted the below image earlier today on their Facebook page. It shows a topless FEMEN activist in Crimea in visible pain and anguish while she is being strangled by an unidentified man while another man watches smiling. However, there is a white box where AFP digitally removed her nipple from the image along with a note in the caption that says “(photo censored as per Facebook rules)”. 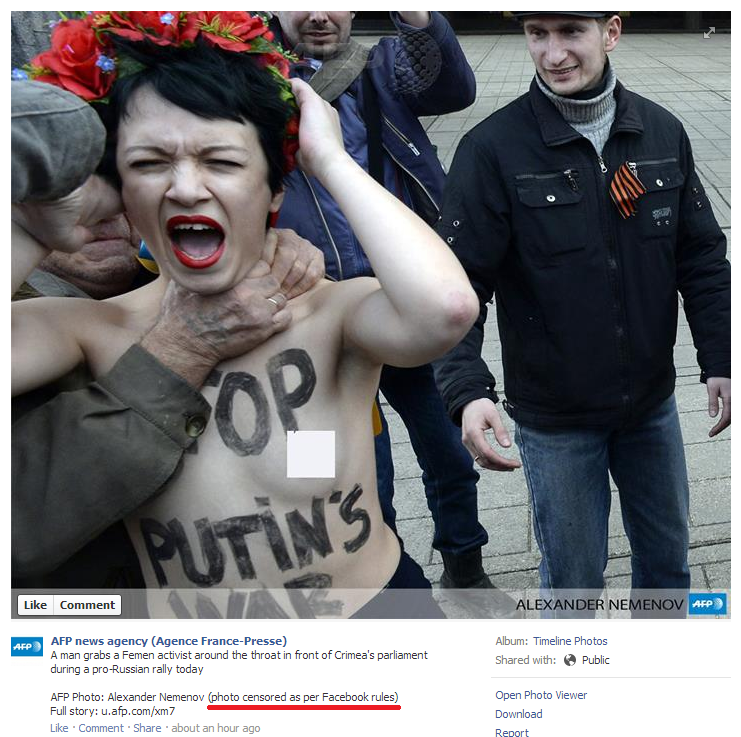